How do you erase your Mac hard drive and install OS X Yosemite without a startup disk? Normally the answer would be to boot into recovery mode. But what if you need to partition the hard drive, wiping the recovery partition? You need a bootable OS X Yosemite installer. Here's how to make one using Apple's built-in boot drive creation tool. 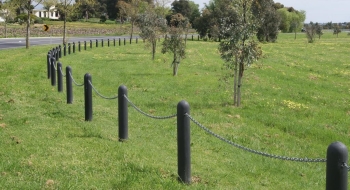 Learn how to use Disk Utility to create a bootable OS X Yosemite installer on just about any bootable media, including flash drives, and SSDs.

First, you must partition and erase the drive so that it can be bootable. To do this, launch Disk Utility and choose the destination drive in the drive list (left column). On the right, in the Erase tab, choose to format the drive as Mac OS Extended (Journaled). These are the defaults, so just confirm the settings.

Next go to the Partition tab and under Partition Layout choose '1 Partition' in the dropdown menu. Change the name from 'Untitled 1' to 'Untitled'. This is so that the Terminal command below will find the drive. Once the process is complete, the drive name will be 'Install OS X Yosemite'.

Click the 'Options' button. In the dialog that appears, choose 'GUID Partition Table' as the partition scheme, then click 'OK'. Again, this is the default, so just confirm the setting.

Finally, click 'Apply' to confirm the settings and prepare the drive.

In a single command you'll create the bootable install drive. Pretty sweet! To do this, launch Terminal and enter the following command. Note, this assumes that you haven't moved the installer out of your Applications folder. If you have, simply replace '/Applications' with the location of the installer:

The sudo command will ask for your password. As you type it will not appear. This is normal. Just enter it and press return to create the boot drive.

During installation, you'll see a progression of status messages.

Wait until you see a status of 'Done.' When you do, you can safely eject the drive and quit Terminal.

Step 3: Start Up from the Install Drive

If you open the new bootable drive in the Finder, you'll notice that it appears empty, other than the Install OS X Yosemite app. No worries. The boot files are hidden, and the installer app allows you to upgrade without booting from the drive if you don't need to.

To boot from this new installer, shut down the Mac, plug in the bootable drive, and hold down the option key while powering back up. You should eventually see a series of bootable drives. Click on the one named 'Install OS X Yosemite' and press the return key.

This video shows you how to create boot media for mac os sierra operating system. Firstly how to create a bootable usb drive to be able to easily update your apple computers.
Also you will learn how to inject clover for boot with hackintosh or kvm virtual machines. You will then learn how to convert that to a fully bootable disc image.

IMPORTANT !!
Please partition your flash drive with GUID partition scheme. As only GUID supports EFI.
Then format as in video and label Sierra.